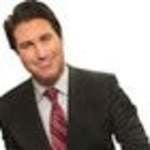 Professionally, Mr. Resnick honed his craft at one of Florida's oldest and most prestigious firms, Gunster, before starting his own boutique law firm in 2005 with offices now in Miami, Boca Raton, and New York City. Mr. Resnick received his Bachelor of Arts in Political Science with honors from Emory University and a Juris Doctor with honors from the University of Florida.

Mr. Resnick is admitted to all of the state and federal courts in Florida and the United States Supreme Court.   Mr. Resnick's law practice concentrates on business and commercial matters, focusing on litigation, real estate, and real estate litigation, and consumer class actions. He has been involved in several high-profile shareholder/partnership disputes, serves as local counsel for a number of top 100 firms outside the state of Florida, and is currently co-counsel in over 10 consumer class actions. Mr. Resnick's cases have been reported on prominently in the New York Times, Wall Street Journal, Miami Herald, Barron's, ABC News, Politico, Above the Law, the Advocate, Vanity Fair, Rolling Stone Magazine, Buzz Feed, the Daily Beast, MSN, Yahoo, the Daily Business Review, the South Florida Business Journal, the Real Deal, and Courthouse News.

Mr. Resnick has been honored several times as the Commercial Litigator of the Year (Florida) and the Law Offices of Aaron Resnick, P.A. has been recognized as the Best Commercial Litigation Boutique (Florida).  Mr. Resnick has been named by Florida Trend magazine as one of its Florida Legal Elite™ and Super Lawyers Magazine has identified Mr. Resnick as a "Super Lawyer" for the past 10 years having previously been recognized by it as one of its Florida Rising Stars. Mr. Resnick was also the first man to serve on the board of the Florida Association of Women's Lawyers (Miami Chapter).    He was elected three times to serve as a member of the Board of Directors of the Dade County Bar Association Young Lawyers Section and previously served as a committee chair for the American Bar Association Young Lawyers Division, an organization which recognized him as the American Bar Association Young Lawyers Division's Star of the Quarter. The Cystic Fibrosis Foundation and South Florida Business Journal both previously recognized Mr. Resnick as one of the Top 40 under 40 professionals in South Florida

In 2010, Mr. Resnick co-founded the Little Lighthouse Foundation, www.littlelighthouse.org, which is a Miami-based charity that seeks, identifies, and provides support to underserved children and their families, and serves on its board of directors.

Mr. Resnick was the recipient of the Arts & Business Council of Miami, Inc.'s "Shining Star" Award.  This award each year honors the top Miami business professional supporting the arts and cultural community. Mr. Resnick is the founding chairperson of the Friends of the New World Symphony. Mr. Resnick currently serves on the Art in Public Places Committee for the City of Miami Beach.  He also sat on the Board of Directors for the Miami Design Preservation League for over 10 years.

Mr. Resnick previously served on the executive committee for numerous young patron groups in South Florida including, but not limited to: Best Buddies of South Florida, Big Brothers Big Sister's Impact Circle, the Art Crowd of the Bass Museum, the Green Room Society for the Center for Performing Arts, the Tropees of the Historical Museum of Southern Florida, the Jewish Legal Society of Miami, and the MOCA Shakers amongst other.